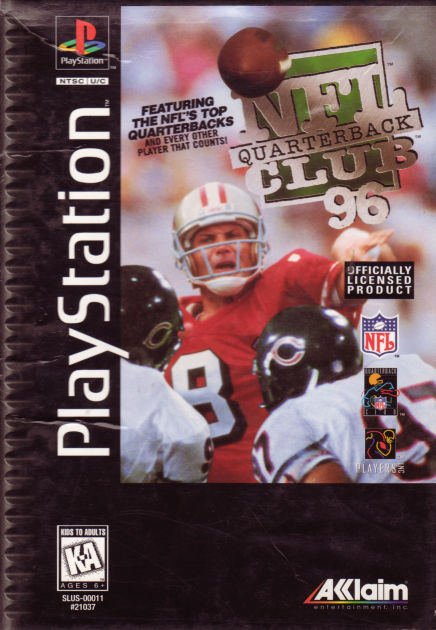 The Ultimate in football realism!
Ultra-Smooth cam lets you review the action from any angle or distance!
Hyper audibles let you choose over 50 plays! No Pausing!
Historic simulation mode lets you change history in over 50 game breaking situations!
Break the tackle or be tackled? The power shuck mode puts you in control!
Features:
-Motion capture technology provides true grid-iron realism.
-Control any NFL player on offense or defense.
-Over 800 plays including authentic QB signature plays!
-Over 45 camera views – total play control!
-All the team! All the top quarterbacks! All the players that count!
-Give your player a rest with the substitution option.
-Player, game and full season team stats… all the way to the super bowl!

Developer Insight:
At the time development of NFL Quarterback ’96 began, Acclaim was not convinced that Sony’s PlayStation would be as successful as the Sega Saturn.  As a result, Iguana focused their core development on the Sega Saturn version while allegedly initially an inexperienced development team worked on the PlayStation port. Approximately nine months in development when the PlayStation shipped, Acclaim realized that the PlayStation was going to be successful. There were 3 more months of development remaining on QBC 96 and Sony’s GameDay was already released. Iguana continued to work on the title through December 1995 at which point the game was finally cancelled due to missing the window of opportunity. This title was never completely finished.
Acclaim would use the same product code, SLUS-00011, for NFL Quarterback Club ’97. 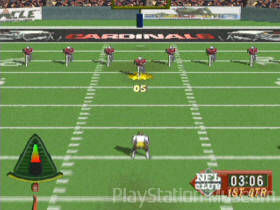 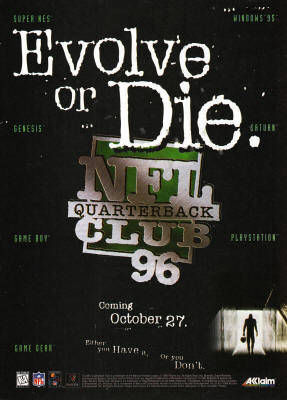 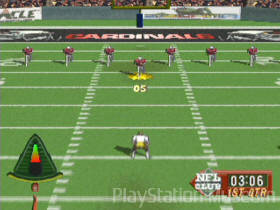 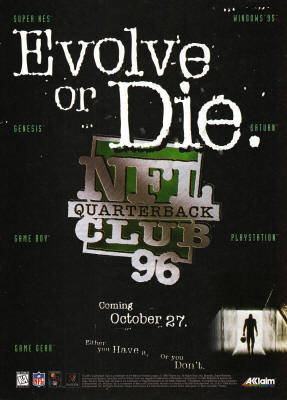