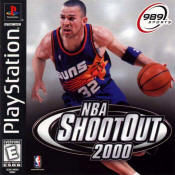 NBA SHOOTOUT 2000 features all 29 NBA teams and their arenas, as well as all of the players, meaning you'll find all your favorites in this game. In terms of gameplay, you get the standard game modes like Exhibition, Season, and Playoffs. But there's one feature that really stands out: the Create-A-Dunk, which allows you to fashion your own super slams.
NEW - 300 Motion Captured moves by 6 NBA players
NEW - Every NBA move including The Drop Step and Killer Crossover
NEW - 42 rim rockin' Signature Dunks from the NBA's top players
NEW - Create Dunk feature and "Touch Shooting" put you in control
NEW - Incredibly realistic TV telecast cameras with lan Eagle play-by-play
NEW - Read and React and Matchup and Deny Artificial Intelligence 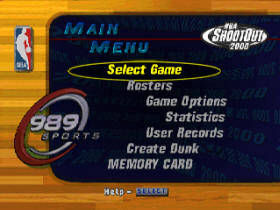 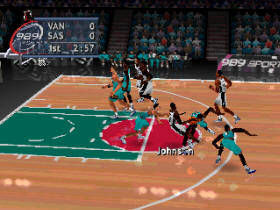 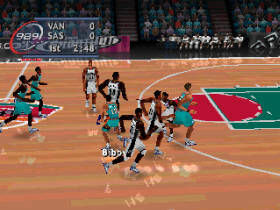 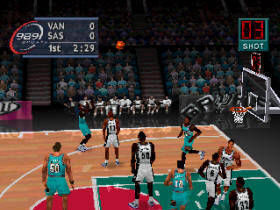 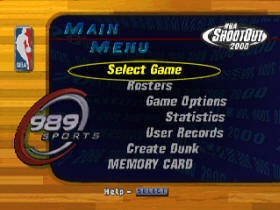 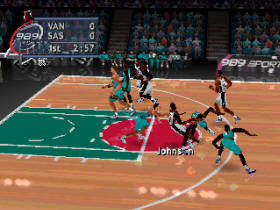 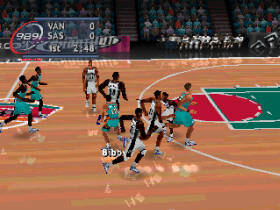 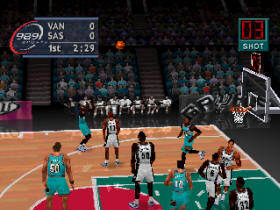