Spyro: Year Of The Dragon 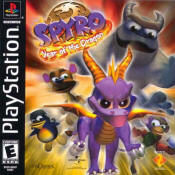 CELEBRATE THE "YEAR OF THE DRAGON" WITH AN EGG-CELLENT NEW ADVENTURE!
A new batch of dragon eggs has arrived and the Dragon World hums with festivities. But a disgruntled Sorceress has hatched her own plot to steal them all! Dragonkind could become egg-stinct! It's Spyro and his friends to the rescue...
Features:
ALL NEW playable critters - Sheila the Kangaroo, Sgt. Bird, Bentley the Yotl and Agent 9. Even Sparx the Dragonfly struts his stuff. All with their own unique moves.
Huge, mystical worlds - Travel through vivid and dangerous realms. Search for eggs from deep lava creaters and flooded mineshafts to a city in the clouds.
Challenging new gameplay - Pull off sick tricks on a skateboard, unleash a tank attack, pilot a flying saucer, ride a speedboat, step into the boxing ring, dive deep in a submarine or fire off rockets.
Scores of enemies and silly creatures - Battle flying beavers, gunslinger dinosaurs, unmannerly mummies, bug-eyed scorpions and micro-mastodons. 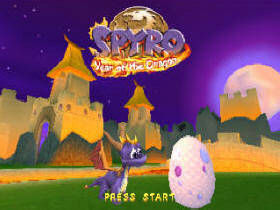 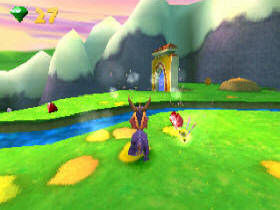 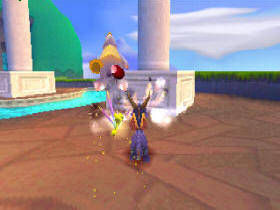 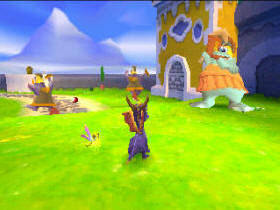 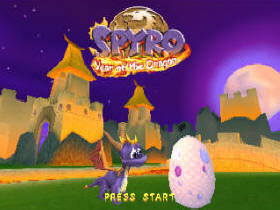 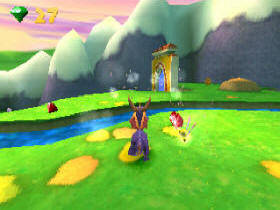 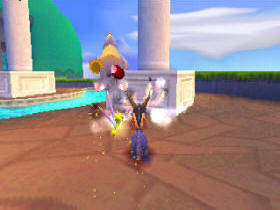