create a web page for free 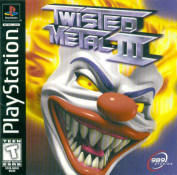 Welcome to our twisted world where the drivers are insane, the explosions apocalyptic and the weapons hard-core nasty. Twisted Metal 3 It's the original and ultimate automotive combat experience!!
Destructive 3D Engine
Experience an all-new next generation 3D engine with TruPhysics. Twisted Metal 3 Feel your vehicle get waxed!
More Twisted Metal
Get twisted with 14 high powered vehicles, an arsenal of all new weapons and unbeatable bosses! Twisted Metal 3 Try Vibration Mode with the Dual Shock Analog Controller for a heightened sense of mass destruction!
Deadly Battlegrounds
Ten new and explosive battlegrounds to torch, each with its own gameplay style and strategy, featuring two and four-player modes with special multi-player arenas and head-to-head mayhem!
Wicked Tunes
Take a ride on the wild side with adrenaline-pumpin' music for your soul by Rob Zombie. Shred it up!
PlayStation Museum Fact:
Although it's not stated on back cover, Twisted Metal III utilizes the link cable to connect 2 consoles.
Early builds of Twisted Metal III included an official US Postal delivery van and a BMW M3. Both vehicles were removed from the final version. The Grimm vehicle also morphed during development. Exclusive PlayStation Museum screenshots are below: 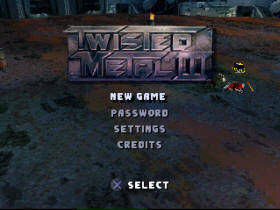 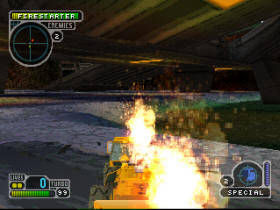 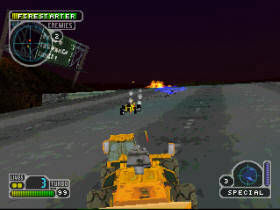 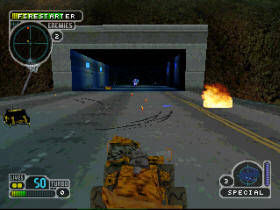 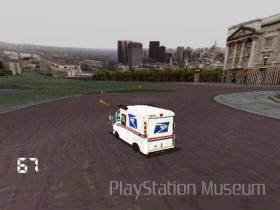 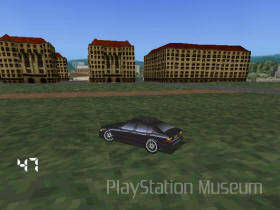 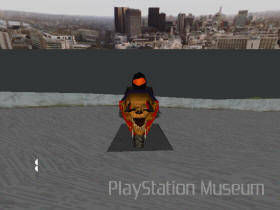 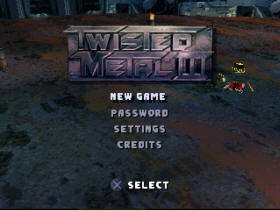 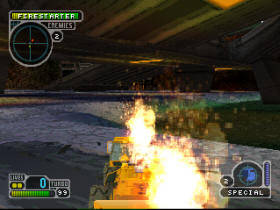 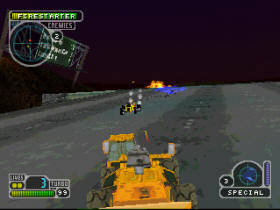 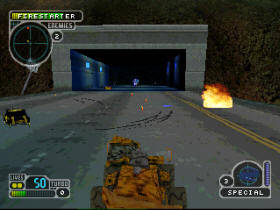 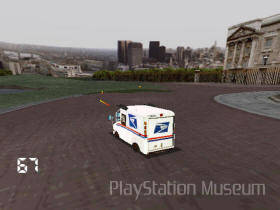 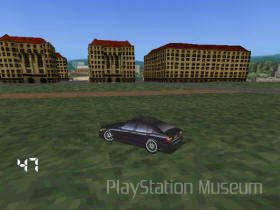 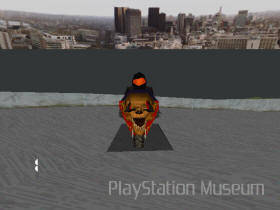