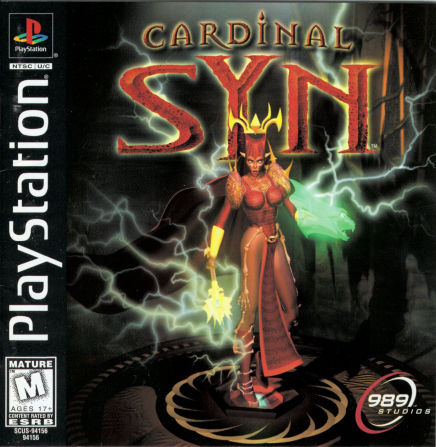 Ask For Forgiveness. You're About to Commit the Ultimate Syn!
A brutal battle-to-the-death. Only one warrior will survive-but not before experiencing excruciating pain and suffering.
KEY FEATURES
-Torture, mutilation, rivers of blood and bestial howls - definitely not for the weak at heart.
-Real-time, true 360o, 3D fighting action. You're about to face the ugliest fate possible to any living being.
-Hundreds of complex precision moves and combos. Amazing razor-tight controls. Only the skilled will make the kill!
-18 warriors in all, including 2 secret syns. Each with a unique, distinct look, magic, projectiles, lethal weapons and individual fighting styles.
"Living" death chambers. You may not die, but you'll probably wish you did.

"Cardinal Syn was the first fighting game where we hired professional sword fighters and stunt men to help us design the moves and perform our mocap. Prior to that, on Dark Rift, it was us at the studio performing the mocap (except for Eve in Dark Rift, who was performed by an animator... Sandy Christiansen... who was actually a really good fencer... and went on to work for Pixar for a spell). But a few were still performed by some of the guys at the studio.

I performed Plague, the undead guy. The cyclops was performed by Steve Knotts one of our modelers. An ex-football player, Steve always performed our big lumbering characters. Steve went on to work for Disney, as did a lot of the crew at Kronos. John Paik, one of Kronos' conceptual artists, was the third of our crew who performed the mocap. He knew martial arts and performed the small characters in our game. He was Finkster in Cardinal Syn.

The inspiration for Cardinal Syn was Soul Edge, also known as Soul Blade in the US. Kronos went as far as to purchase a Soul Edge arcade game for their offices. Unlike other fighting games at the time, Soul Edge had an extra axis of movement for side stepping. Soul Edge would become Kronos’ target for responsiveness in Cardinal Syn.

Getting the animation up to par was difficult and the team was learning as they trudged on. The graphics and animation are amazing in Cardinal Syn, but another difficulty was Kronos had more artists than engineers working on the project. We had wanted to have the ability to knock out weapons, but there wasn’t enough manpower to code this in.

1.) Although the animations were on par or better than other American developed fighters, in my opinion it wasn’t as good as the Japanese counterparts. (Name a few? Soul Blade?)

2.) Control could have been tighter. Development came down to the wire and we just didn’t have enough time to tweak the controls for each character.

3.) Lastly, the counter mechanics were a bit clunky.

1.) We had a good mixture of various characters each with their own type of weapon. Our artists came up with some very cool and unique characters. We almost didn’t have enough time to include the end boss, a huge dragon that took up nearly the whole screen.

2.) The environments and special effects were some of the best for any PlayStation fighting game. We included detail special effects like sparks and explosions. Environmental damage was coded into the game whereas a player could get slammed by a moving mine cart which would result in damage.

3.) The best mechanic designed by far was an interactive environment. You had the ability to grab and throw your opponent onto spikes. This added a whole new level of strategy rarely seen in a fighter at that time. 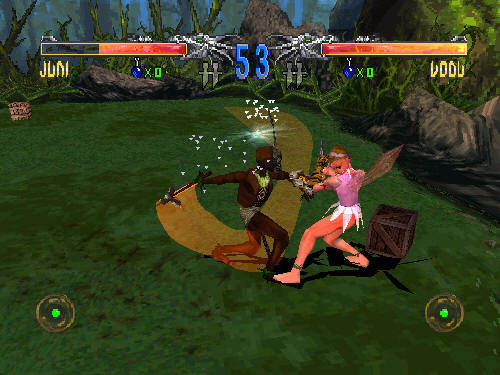 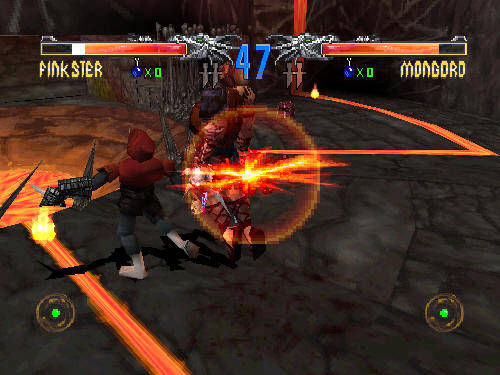 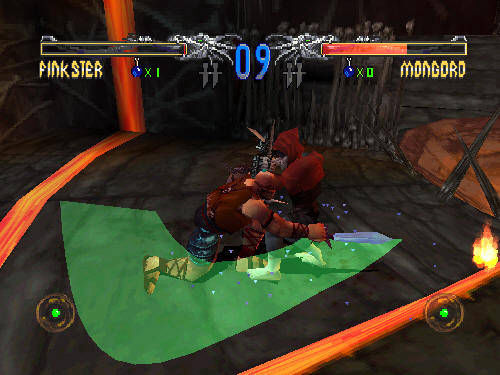 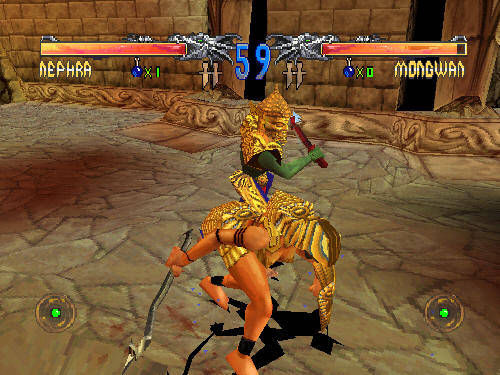 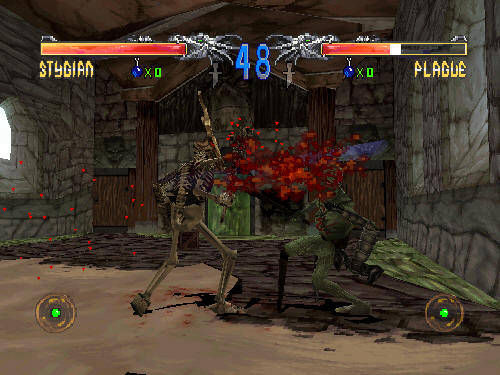 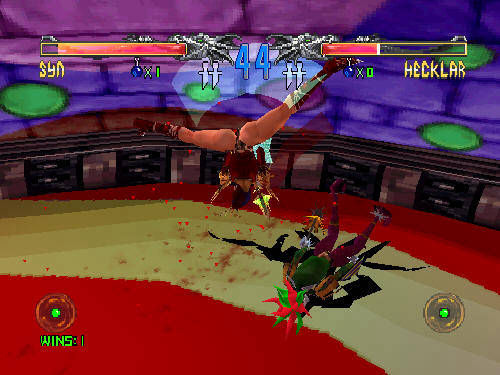 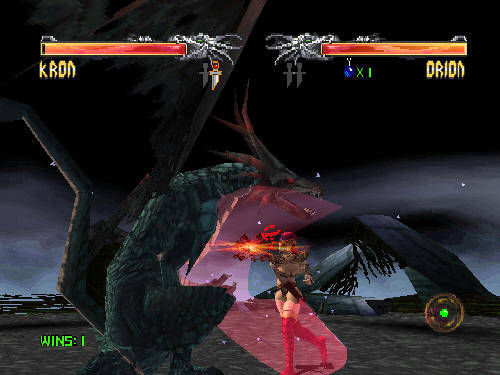 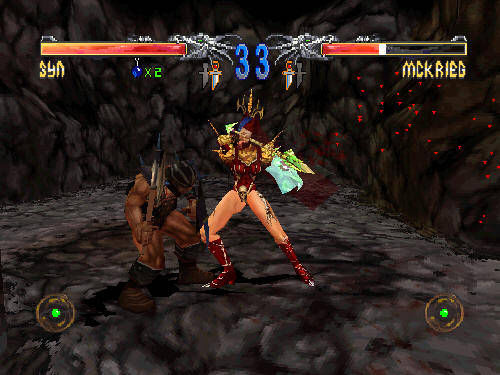 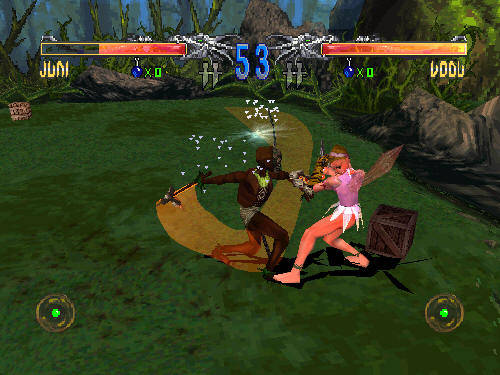 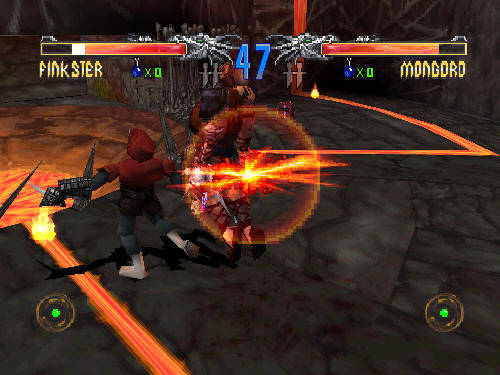 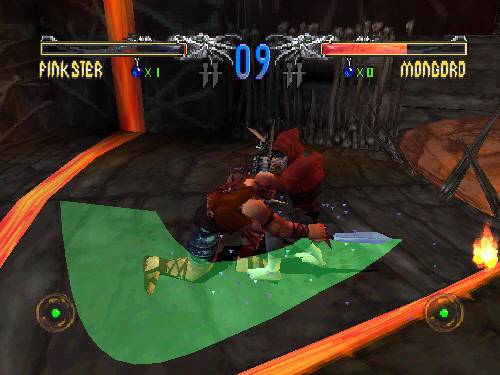 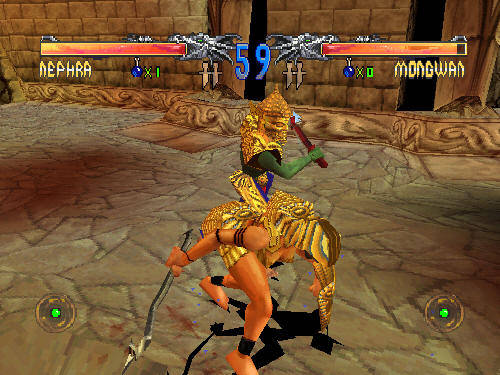 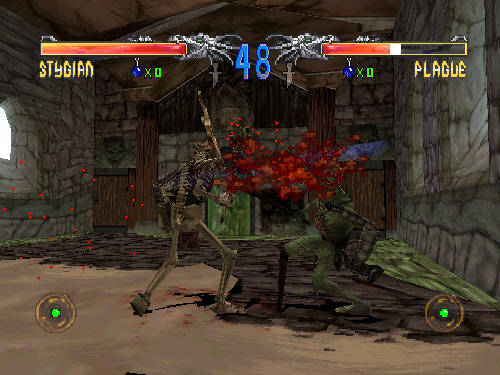 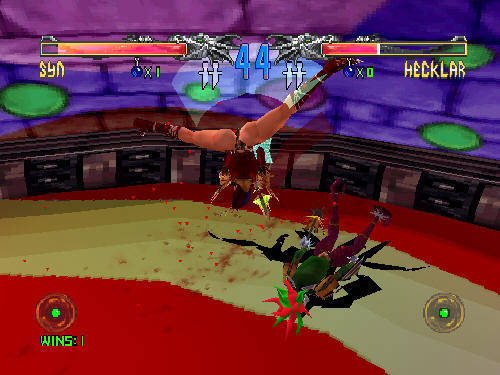 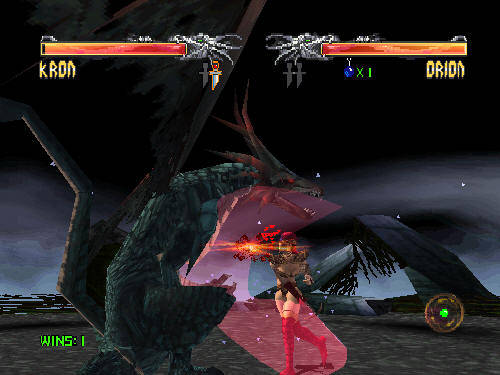 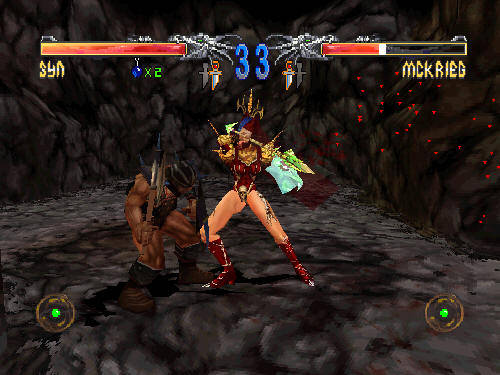