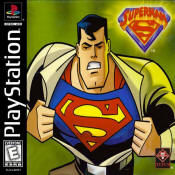 Based on the DC Comics/Kids WB animated series, the game's story has Lex Luthor trapping Lois Lane, Jimmy Olsen and Professor Emil Hamilton in a Kryptonite fogbound virtual world. All-American hero that he is, the Man of Steel flies to the rescue in seven major missions that take him from the streets of Metropolis to Braniac's space ship.
Using all of his many powers (including heat vision, flight and x-ray vision), you must fight your way through air, sea, underground and indoor levels of bad guys, bosses and puzzle elements in order to reach Lois and destroy Lex's mission.

Developer Insight:
In 1998, BlueSky Software began working with French developer Titus to bring Superman, based on the WB animated series, to the PlayStation. At that time Titus had almost finished work on the N64 version of the game in France with their own team. Originally, the plan was to take the N64 game and port it over to the PlayStation. All that was to be done was to take the art and reformat it to run in a PlayStation engine. Then the Superman N64 game was released. One reviewer stated "This game exists for the sole purpose of firmly establishing the bottom of the barrel”.
A decision was made to retool Superman for the PlayStation to be a better game than the N64 with a new story and new gameplay. Unfortunately, it was soon realized that this was a game that, due to technical limitations of the time, could not be done to reflect what was happening in the animated TV show. The PlayStation at the time could not draw very far, so flying outside through a city was nearly impossible. Additionally all of the large scale combat and physical feats that made the animated TV series so exciting were limited on the system (ie. destructible objects, physics, characters being thrown and or carried, etc.) To account for these limitations, the story changed so that Metropolis was covered with a green kryptonite fog. Thus in the end, Superman did most of his flying indoors.
After about a year of development, Superman was again re-designed. In April of 1999, the Columbine shooting happened and was a big blow to the industry as the media were using video games as a contributing factor for the shootings. Scuttlebutt has it that Titus suddenly changed the game from fighting Lex Luthor’s henchman to fighting robots. Supposedly the developer was not allowed to have shootings of human beings anymore or realistic looking weapons in the game. This changed a lot of what the gameplay was going to be into a more switch pulling, puzzle based game which was very different from the animated show and the N64 version.
Unfortunately the license from Warner Brothers had expired. Essentially, Superman continued to be developed with no assistance from DC comics or Warner Brothers. The plan was to surprise everybody with a finished product. After almost 2 years of development, Superman reached a milestone: it received approval for release from Sony and issued a product code of SLUS-00712. Many retail outlets were accepting pre-orders for the game and advertisements were created (see below). By the time the game was completed, Titus was unable to secure the license. Superman for the PlayStation was officially laid to rest. 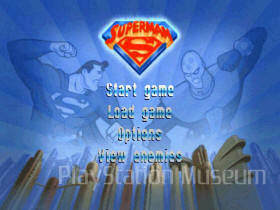 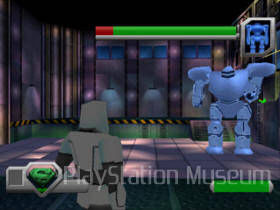 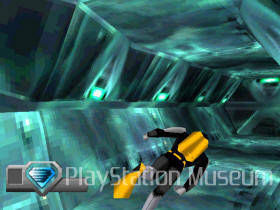 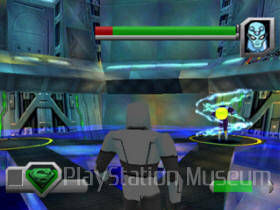 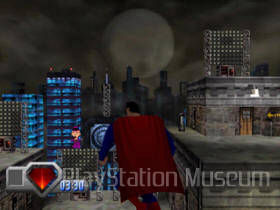 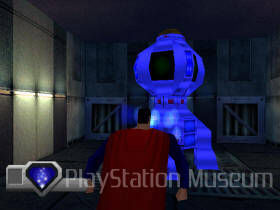 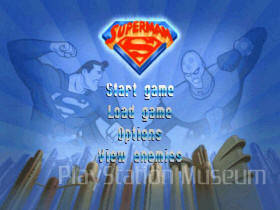 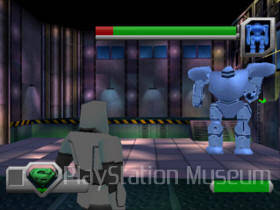 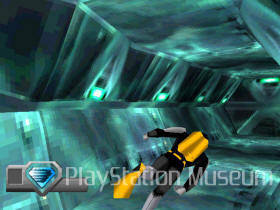 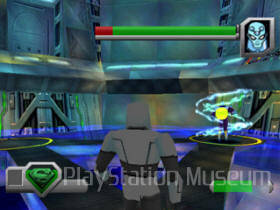 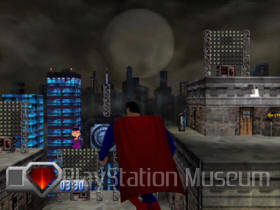