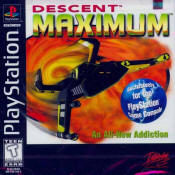 You know what they say: you can't keep a good game down. Or up. Or sideways. Or inside out. Spit out your gum and get ready for Descent Maximum!
The one-and only 3D 360-degree battle-to-the-death roller-coaster ride which took the gaming world by storm has evolved into an action-packed twister for PlayStation only! Six brand-new worlds, 30 additional stomach-flipping levels, smarter enemies, pulsing light source shading effects created ONLY for PlayStation Descent-Heads, and 13 ultra-destructive weapons at your fingertips.
Forget about "going down again." Dive full-blast into Descent Maximum and we guarantee your PlayStation won't know which direction IS "down."
30 all-new, never-before-seen, exclusive levels in 6 dark, twisting worlds!
Action-oriented levels designed specifically, for the PlayStation gamer.
New pulsating "stroboscopic" light source shading effects bring action to the forefront.
Smarter, faster robot enemies, each more deadly than the last.
Over 13 destructive weapons, from the Gauss Cannon with double damage to level 6 lasers.
Guide-bot assists in locating exits, weapons, and enemies while the Thief-bot is set on stealing your weapons.
360° fluid movement in every conceivable direction.
3D texture mapped backgrounds, ships, and enemies.
Navigate deep, dark tunnels with the new "togglebeam" Floodlight power-up.
Metal grinding digital soundtrack completes the sensory overload.
One-player or Two-player combative Anarchy Levels with the Link Cable.
Made for use with Sony's Analog Joystick.
PlayStation Museum Fact:
The back of the manual shows an advertisement for Interplay's upcoming Clay Fighter Extreme. This game would never see the light of day on PlayStation. 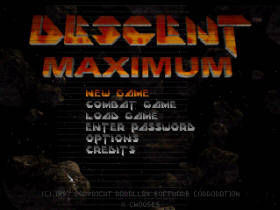 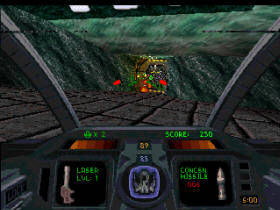 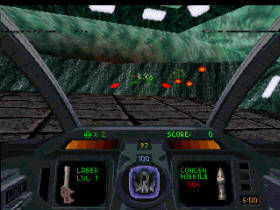 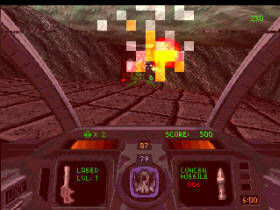 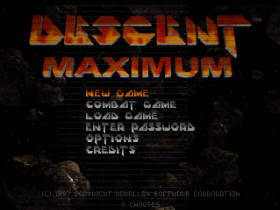 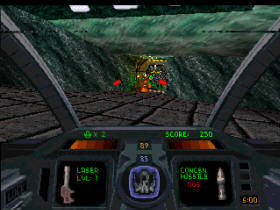 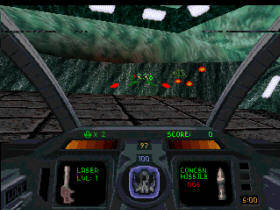 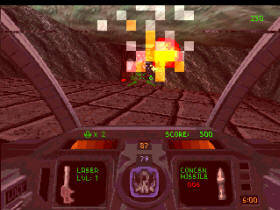