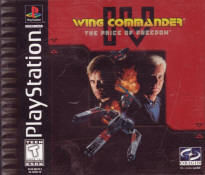 Take Off.. Take Aim.. Take Em’ Out.
Now that the bloody battle between the Kilrathi and Terrans has been concluded, the Confederation doesn’t have to look very far for its next adversary. Civil wars and unrest have broken out on the home front. Colonel Blair is recalled to help the Terran government stamp out the growing fires. It won't be easy. The Confederation is beginning to splinter under the new pressures. You – as the Colonel – will be personally vaporizing the bad guys, ORIGIN has woven guts-and-glory front line fighting with star-studded cinematic plotline.
Get ready for an adventure across space in WING COMMANDER IV: The Price of Freedom for the PlayStation. The game is a shooter that features one of the most complex stories in a PlayStation game, with many FMV sequences to advance the plot. The story follows Colonel Blair of the Confederation, who is called upon to quell a rebellion by other pilots. Colonel Blair is played by Mark Hamill of STAR WARS fame, who offers up another great performance as a star pilot. The gameplay requires the player to shoot other ships while following various objectives from a first-person perspective. There is even the ability to change the way the plot moves, by making different choices throughout the game. WING COMMANDER IV: The Price of Freedom features first-rate acting and special effects (a rarity in a game with so much video), with the same exciting gameplay that the previous games in the series have had.
It will take a quick mind and quicker reflexes to save it from its most insidious enemy to date!
Features:
3 flight modes for both novice and advanced players
Virtual physics with an ultra-realistic “feel” to flying
Choose your own destiny – compassionate hero or merciless avenger?
5 different control layouts
Complex woven story featuring old friends and new comrades
Top quality movies with Dolby Surround sound
Stunning sci-fi special effects 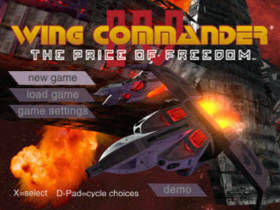 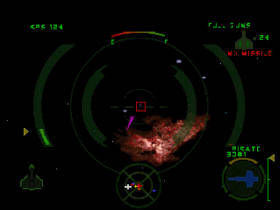 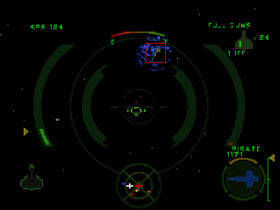 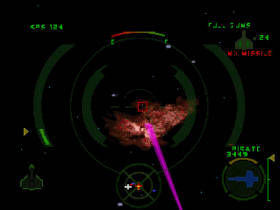 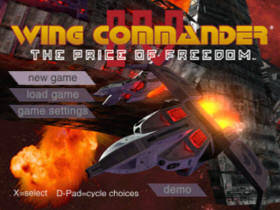 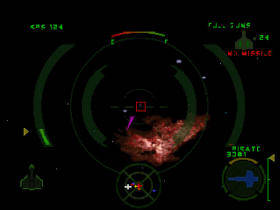 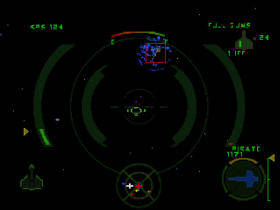 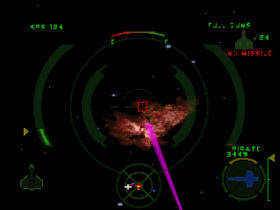