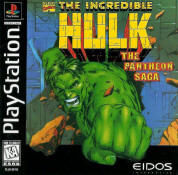 Don't make me angry... YOU WOULDN'T LIKE ME WHEN I'M ANGRY!
Marvel Comics Incredible Hulk barges his way into the Pantheon Saga! He encounters a team of Super Heroes dedicated to helping him become a hero. Hulk must use his Gamma spawned powers to survive impossible odds against a familiar cast of notorious Super-Villains: the interstellar madman Trauma, the mutant Piecemeal, and the deadly U-Foes. These villains make his path to heroism increasingly dangerous. Thankfully for the Hulk, the madder he gets, the stronger he gets!
Over 20 specialized attack and defense combos available to pound your way through!
Full 3-D graphics designed on Silicon Graphics workstations!
Over 14 levels of challenging game play!
Hidden paths and areas to uncover powerful Pantheon members!
Developer's Notes:
According to Eidos Producer Brian Schorr:
"The Incredible Hulk: The Pantheon Saga was in development for approximately 12-14 months.
Hulk was one of the early 3D character exploration games, so figuring out just how the player would interact with the enemies was important. Hulk did something called "fishbowling" - this is where the level was essentially designed in cubes, sort of like Lego bricks, but from the inside out. The camera was looking down into the fishbowl which actually made it harder to see the character.
Problems basically stemmed from the power of the hardware - what we wanted to do just wasn't possible back then. Having Hulk smash everything and destroy the environment was limited at best. The game became more of a run, hit, run, hit title than we had hoped for as a result.
Seeing the new Hulk titles on current hardware was refreshing - today's teams get to exploit the fury and power of the Hulk!
Marvel supplied us with a character style guide and some basic art. All the in game art was created by Attention to Detail - they did a great job."
As the producer, Brian was responsible for obtaining all Marvel approvals on the game. Marvel were so pleased with the document, they sent Eidos a note congratulating them on having the best design document they had ever received for any game - Kudos to ATD. That was a big compliment considering some of the other titles from other publishers. Marvel approval turned out to be a breeze. 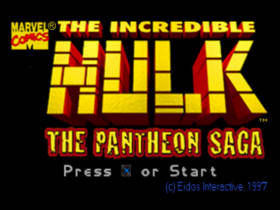 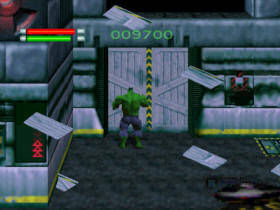 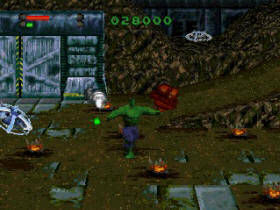 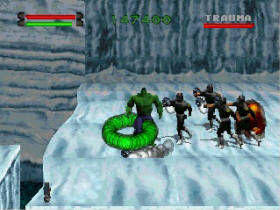 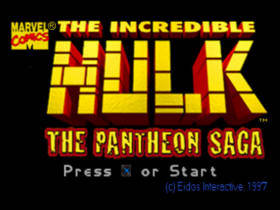 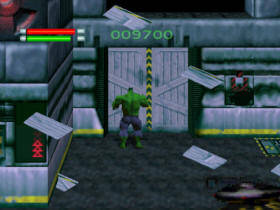 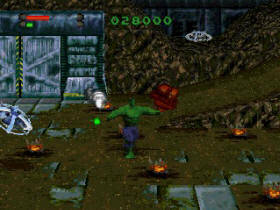 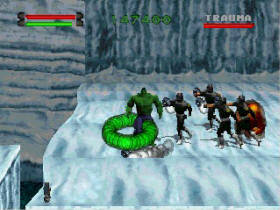