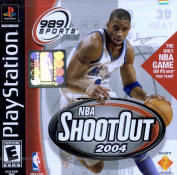 Simplified Controls Are Your Key To Success In The NBA!
Run the floor with the touch of just one button. Dunk, rebound, block shots, steal, auto defend, go behind the back, perform killer cross-overs all with one button. 18 One-Touch Controls put you on the court with the ability to play lightning fast, just like in the real NBA!
Create Dunk Takes Slams To A Higher Level!
The most insane dunks are possible with the exclusive Create Dunk. You'll have your favorite NBA players throwin' it down like never before. Create the Dunk, Name the Dunk, Execute the Dunk - it's all up to you and your imagination. How much flava can you put into your slams?
Total Control Is The Way To Break Down Tough "D"!
Is you opponent doubling the ball? Use Total Control Passing and find the open shooter. Need help to shake that defender? Break out Total Control Screening and roll off your teammate for the open J. Defenses these days are tough, you need Total Control to beat them - only with NBA ShootOut 2004. 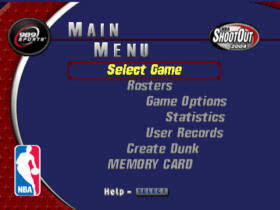 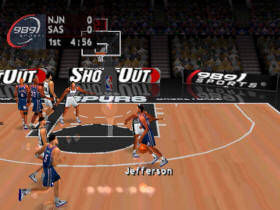 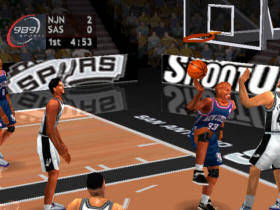 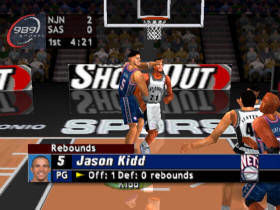 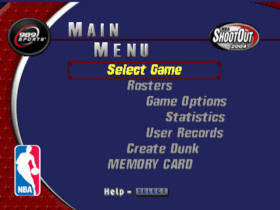 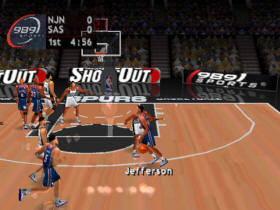 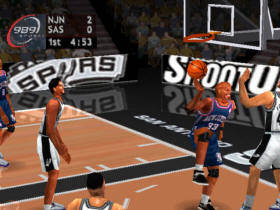 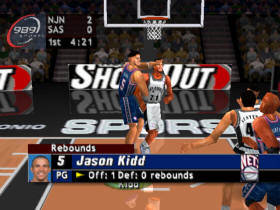